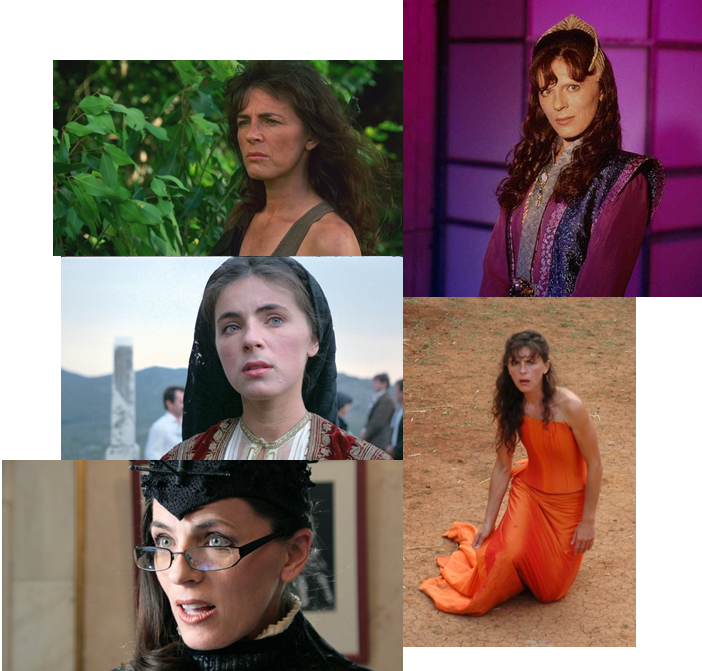 Sadly, Mira Furlan died on Wednesday, 20 January 2021, due to complications with West Nile Virus. She was a woman full of kindness, strength and compassion.  She died peacefully at her home in Los Angeles, surrounded by her family.  We will all continue to celebrate her life and legacy, and know she’ll always be here with us.

A leading actress of film, theater and TV in the former Yugoslavia, Mira Furlan emigrated to the US at the outbreak of the war of the nineties for political reasons.

In her native country, she starred in over 40 movies, including the Cannes Golden Palm winner “When Father Was Away On Business”, directed by E. Kusturica. She received all the highest honors for her work in film (two Golden Arenas – Yugoslav Oscars – for “Cyclops” and “Beauty of Sin”), as well as for her work in theatre. She was a member of the Croatian National Theater (favorite roles include Natalya in Turgenev’s “A Month in the Country”, Judith in Shaw’s “Devil’s Disciple” and Celimene in Moliere’s “Misantrope”). She also performed in other theaters across the country (Ophelia in “Hamlet” at the International Theater Festival in Dubrovnik, “Isabelle” in Corneille’s “Theatrical Illusions” at the Yugoslav Drama Theater in Belgrade).

In the US Mira is best known for her work as Ambassador Delenn in the award winning science fiction TV show “Babylon 5” (Sci-Fi Universe award for best supporting role in science fiction) and as Danielle Rousseau on the hit TV show “Lost”. She also performed on stage (Yerma in Lorca’s “Yerma”, the title role in “Antigone” – Dramalogue award for best performance, Tanya in Lipkin’s “Cranes”, directed by Scott Eliott in New York). Recently she had a recurring role in the Amazon TV series “Just Add Magic” and played opposite Judd Hirsch in the film “Burn at Both Ends”.

After 10 years Mira returned to her native Croatia, playing the title role in “Medea” at the Ulysses theatre. Recently she starred as Cassandra in an adaptation of Christa Wolf’s novel “Cassandra” and as Charlotte in Bergman’s “An Autumn Sonata” at the Croatian National Theatre in Rijeka. At her death she was a part of “Excercising Life”, a new production at the CNT in Rijeka. She also starred in the Oscar winner Danis Tanovic’s movie “Circus Columbia”, as well as in other European movies, such as “The Tour”, directed by G. Markovic, and the international omnibus film “Don’t Forget Me Istanbul”.

Mira sang on 3 albums (“Mira Furlan & D. Slamnig’s Orchestra”, “Songs From Movies That Haven’t Been Made” and “Be Five”). She published a book of essays (“The Closing Sale”) and her play “Till Death Do Us Part” was produced in Belgrade, directed by the acclaimed European actor Miki Manojlovic.

Mira also taught at the liberal arts and science department of the New York Film Academy in Los Angeles. She completed writing her memoir. Her husband will publish it posthumously.