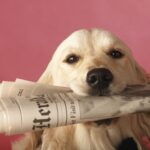 Yes, it’s a tough time to be alive. Is it just me or is it all of us that feel as if the floor underneath our feet had shifted and we’re floating in uncharted, muddy waters? Is it just me or is it all of us that live with this destabilizing feeling of general uncertainty? The pandemic. The economic crisis. The rise of nationalist and fascist forces all around the world. An unmoored, unpredictable, self-obsessed leader set on total destruction of all the values that brought this emigrant to these shores. A real war, all with military weapons, this time waged not on some far away land we don’t care about (maybe we should have cared?) but on peaceful American citizens, exercising their first amendment rights. And yes, maybe, just maybe we should have paid more attention to all those American wars and interventions abroad. Because, as history teaches us, what once seemed so far away and irrelevant will eventually come home. And affect us deeply. There will be no escape.

How to stay sane in all this? Do we stay connected to the world in order to take action and, possibly, make a change? Or do we disconnect from it in order to save ourselves? Where are the right answers? Who has them?

When it all starts to be unbearable, maybe it’s time to:
Take a walk.
Do some yoga.
Listen to music.

These days I’ve been listening to the old LP “Then Play On” by the pre-Stevie Nicks Fleetwood Mac and with the one and only Peter Green on guitar. It was in the make up trailer of “Babylon 5”, thanks to my colleague and friend Bill Mumy, that I discovered Peter Green who died just the other day. Listen to the song “Although the Sun is Shining” and, I promise, you’ll feel fine. Or maybe you’ll feel sad but in a good way. I’m sure you know the feeling, the feeling that only good music can give us.

Have a safe and healthy August!

Two days ago I came back to America on an almost empty plane. I was in Croatia, in the city of Rijeka, doing a play that got cancelled in March. After a mad rush home and the subsequent 3 months of not getting out of my Los Angeles house, I found myself in another world, on another planet. As soon as I landed at the Zagreb airport 3 weeks ago, I understood that I was entering a different world: while I was in a hazmat suit, with a mask and a visor, the local population was sitting in cafes, roaming around without masks, as if the pandemic had never happened. Was I dreaming? I’ve always fought with a sense of un-realness, so to say. But this? I couldn’t wrap my head around it.
The driver who waited for me at the airport to take me to Rijeka wanted to hug me. “No”, I screamed, while frantically taking off my protective gear, under the critical gaze of my former co-citizens who remember me as their once beloved actress but also as a controversial figure who couldn’t and wouldn’t share their national(istic) fervor at the time of war. As one of my best friends said at the time: “They hate you now because they used to love you so much.” I was the disobedient girl. And disobedient girls needed to be punished.
But that is a story for another time.

In Rijeka, a seaside city, things were ever crazier: all the cafes and restaurants were full of unmasked, relaxed people. Did I dream the pandemic? Did I dream America? Or was this here a dream? Nothing was clear.

All American citizens needed to be tested upon arrival. I couldn’t enter the theatre before I tested negative. Which I did, luckily.

In March, our production was almost completely finished before the cancellation. The play was based on an acclaimed Croatian novel that was first adapted for the stage in 1992, at the exact time when I left my country, my life and my career, boarding the plane to America, with 4 suitcases in my hands and deep pain in my heart. This new production had integrated that older, by now legendary production. It starred the same leading actress, Neva Rosic, a legend of Croatian theatre, who is now 87.  In spite of fear for her own health, she had agreed to come to Rijeka and continue with the production. That fact alone was enough for me to agree to take a risk and board that plane from Los Angeles.

As the play deals with the themes of belonging, emigration, and politics that, particularly in that part of the world, has the unpleasant tendency to harshly intrude into the lives of individuals, I, an emigrant and exile, was invited by the director Marin Blazevic, to be a part of it. This time, for the first time in my life, I didn’t “act”. I didn’t have a role to play and a bunch of lines to learn. I was myself. I wrote my own segment in the play. We shot a video in Los Angeles that was accompanied by my own text: a series of letters from Mira in LA to Mira in Croatia, from the one who left to the one who stayed. I also used some of the material from my upcoming autobiographical book. On top of that, I addressed the audience directly, as myself. And, inspired by the events in America, I chose to talk about the protests against the police brutality and the death of George Floyd. I also chose to challenge myself by singing a civil rights anthem, “A Change’s Gonna Come” by the one and only Sam Cooke. It was inspiring, new and exhilarating. I have thus tried a new genre, the genre called “performance art”. What a liberating experience! A famous conceptual artist that attended the production told me: “How wonderful to see you in a raw, personal, unpolished piece like this!” And yes, as actors we want to “polish” our stuff as “perfectly” as we can. That’s what the rehearsals serve for. The more “polished”, the more secure we feel. But, suddenly, I had to abandon the security of a finished, “polished”, carefully calculated performance and let myself be vulnerable in a raw, unrehearsed, “unpolished” state. And I loved it.

As my wartime story became bigger than me during the war in the former Yugoslavia, I felt there was no space for me to be “an actor” anymore. There was, I felt, something insincere in pretending that things with me in that country were “normal”. This, by the way, was a devastating consequence of the war upon my life: in that part of the world I was no longer able to exercise my profession. My “story” cancelled “me”. And the only way to deal with it was to address it sincerely, honestly, directly, “heads on”, as they say.

What was so wonderful about this production was the way the director put the female point of view up front and center. The novel and the play were a product of an undeniably patriarchal culture where many of the minor female characters didn’t even have a name. So it was truly a breath of fresh air when the actresses playing those parts suddenly came forward and talked about their experience, from a personal point of view. They were given a voice. They were commenting on their roles; they were allowed to express their frustrations and their feelings about the material generally presented to women in this profession (and in this life!).

On top of all that, I had time to swim in the warm Adriatic Sea, to eat fresh fish, to walk by the sea on a splendid, Austro-Hungarian built path, and to see my old friends.

And now I’m back, in my American life. And, already, the experience in Croatia seems like a dream. And again, there is that old feeling of un-reality.

But I don’t complain. This doubleness, this un-realness, this dreamlike state of mind is my life. There is nothing else to do but embrace it.
And I do.
With gratitude.